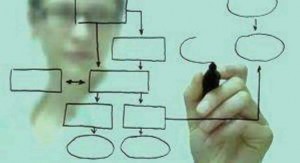 Previous surveys conducted by the program showed the efficacy of using a very large sample with fewer mailings and a less personal approach.  Thus, the large random sample of registered voters had only two mailings.  The initial mailing included an explanatory letter, the questionnaire, and a return postage envelope.  A postcard reminding the sample to return their survey served as the second mailing (both mailings were sent  using non-profit mailing service).  On the other hand, the survey to panel participants used a more traditional process that included a total of four mailings and was sent out by the students.  This approach toward the panel participants was used for two reasons: to give students first-hand experience in actually conducting a survey and to increase the potential response rate.  The two different procedures, the one-time approach and the four-time procedure, resulted, as expected, with different response rates.

The major purpose of the survey was to understand what registered voters think about important issues confronting Nevada. Questionnaire construction took two factors into consideration.  It was determined that some questions would come from previous questionnaires.  This would allow comparison to be made with respondents in the panel and the results from previous random samples.  A second factor in developing questions was to provide students the opportunity to select topics.  The students, as a group, discussed the potential topics and, as a class, determined the relevant topics. As a result, 99 questions were constructed for an eight-page questionnaire. The following broad topical areas have at least one question:

Eleven demographic questions were part of the questionnaire.  However, three important elements were not included on the questionnaire because they were obtained from the voters list: the age of the respondent, the party identification and place of residents. We have eliminated any record of place of residence from the data set to prevent any identification of the respondent. However, we did use residence to place individuals into one of three categories: Clark County, Washoe County, and the Rest of the State.

As noted previously, there were two different samples.  The first was a random sample of 5,866 individuals that was randomly drawn from the 1,153,871 registered voters (this was the total of registered voters as of November 2017).  In an attempt to make the sample representative, a stratification by region was employed.  Of the sample, 70.3% came from Clark County, 17.3% from Washoe, and 12.4% from all of the other counties in Nevada.

As noted earlier, the second sample was created using a list of individuals who had responded to surveys in previous years.  For clarification,  if a respondent answered in 2014 he/she had to respond in 2015 and 2016 to be included in this sample.  Similarly, a respondent from the 2015 random sample had to respond to 2016 panel survey.  It should be clear that the pane sample was not a random sample.

After the survey process was closed, the statewide random sample ended up with 519 respondents for a response rate of 8.8%.  In general, the sample size provides a margin of error of +/- 4.3% with a 95% confidence level.  For the panel study, 405 individuals were initially contacted.  As noted previously, the survey process for these individuals consisted of four mailings including an initial mailing with the questionnaire, a reminder post card, and then two more follow-up mailings with the questionnaire.  As a result, 319 of the 405 (or 78.8%) responded to the 2017 questionnaire.